You are invited to join in an old tradition made new again at the Grove. In 1855, Robert Kennicott started the Grove Literary Society to extend the work he and his father, John Kennicott, had been doing for decades: teaching people how to best live on the land and preserving of our natural heritage.

To continue the Kennicott’s legacy of education, the Grove Heritage Association will host a book club to discuss the natural history of the Chicagoland area to better understand where and how we live. 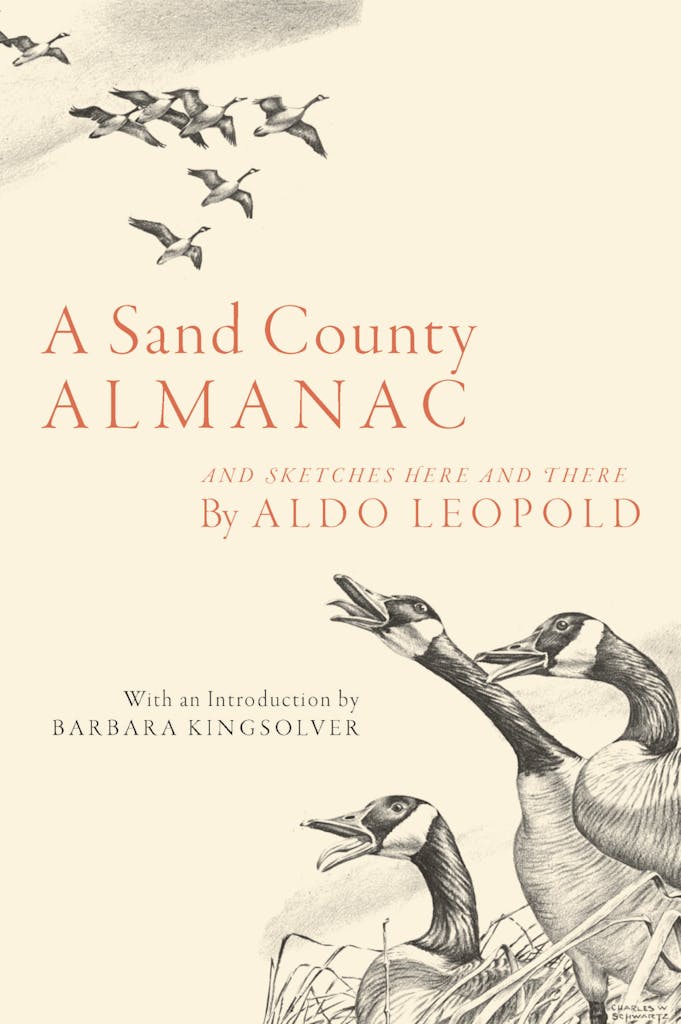 Our first book will be the benchmark text by Aldo Leopold in the area of land use ethics, A Sand County Almanac. This book is written in very simple terms but carries a deep meaning. The book garnished little notice when first published, but during the environmental awakening of the 1970’s it became a bestseller, selling over 2 million copies. It was translated into 14 languages, and still sells 40,000 copies per year. Although the book was published, after Leopold’s untimely death, he should rest in peace knowing the far-reaching impact the book continues to have. Leopold’s legacy continues to inform and inspire us to see the world “as a community to which we belong.”

Through a collection of short stories, Leopold advocates for a more responsible relationship between people and the land, with the hopes that people will start to treat the land with the love and respect it deserves.

Copies of the book, A Sand County Almanac by Aldo Leopold can be purchase through the Aldo Leopold Foundation for about $15.95. The book is also available in print, as a digital audio book or on CD on Amazon.

Future texts to be discussed will be chosen by participants in the Grove Literary Society.

The Grove Heritage Association is a grassroots organization focused on developing the ecological, historical, and educational values of The Grove and continuing to preserve the National Historic Landmark status of The Grove. Want to support the cause? Become a member and you will receive 10% off purchases in The Grove Store (upon presentation of your membership card), an invitation to the GHA annual meeting and volunteer appreciation night, a subscription to the Rustlings newsletter, and two adult admissions to Grove Fest, the first Sunday in October each year.

“Outdoor prose writing at its best… A trenchant book, full of beauty and vigor and bite…
All through it is [Leopold’s] deep love for a healthy land. “
– The New York Times Book Review

“One of the most beautiful, heart-warming, and important nature books to appear in years.”
– The Chicago Tribune

“We can place this book on the self that holds the writings of Thoreau and John Muir.”
– The San Francisco Chronicle

American Nature Study Society: Leopold’s A Sand County Almanac, and Rachel Carson’s Silent Spring stand alone as two of the most venerated and significant environmental books of the 20th century.